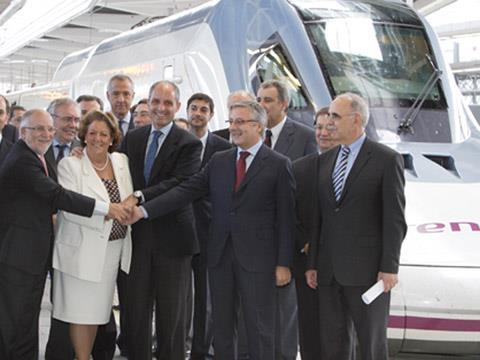 SPAIN: High speed services are due to start running from Madrid to Cuenca and Albacete on December 15, and to Requena-Utiel and Valencia on December 18, Development Minister José Blanco has announced.

On October 13 Blanco joined ADIF President Antonio González, RENFE President Teófilo Serrano and local politicians onboard the first test train to carry passengers on the new route, operated with a Class 112 trainset over the 98 km from Hoya de Roda to Valencia.

Blanco said that the opening of the high speed line would see the greatest economic transformation for the region since the railway had first reached Valencia in the 19th century.