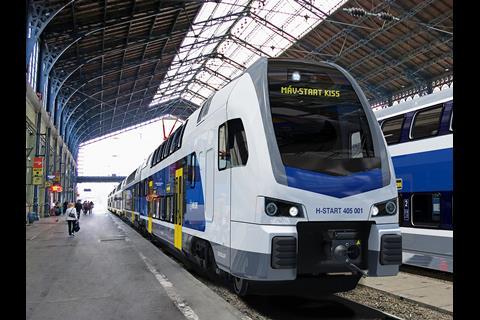 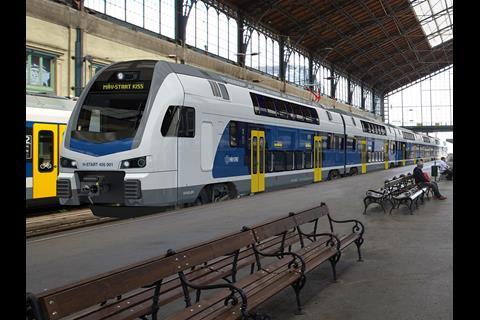 The six-car EMUs are to be used on the Budapest – Vác – Szob and Budapest – Cegléd – Szolnok routes from the first half of 2021.

The order is being financed by the EU’s Integrated Transport Operational Programme. MÁV-Start has now placed firm orders for a total of 19 Kiss units under an eight-year framework agreement for up to 40 units signed in 2017, and it intends to place orders for the remaining 21 units.

The 156 m long units will have around 600 seats, 50% more than a single-deck trainset of the same length. They will have four toilets, one of them accessible for persons with reduced mobility, and the multifunctional areas will have space for four wheelchairs, 12 bicycles or five pushchairs.

The 160 km/h EMUs will be equipped with ETCS Level 2 as well as the Hungarian EVM train control system.