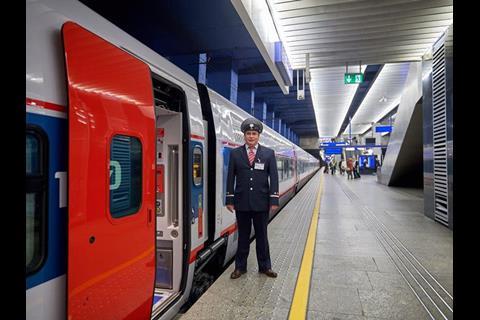 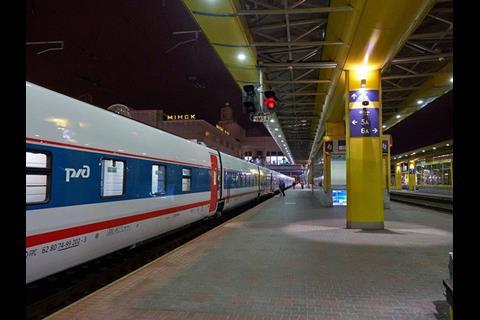 EUROPE: Russian Railways is to launch its Moscow – Minsk – Warszawa – Berlin Talgo train service in December, the national railway confirmed on October 28. The first trains will depart from Moscow’s Kursk station on December 17 and from Berlin Ostbahnhof the following day, RZD said. Tickets are now on sale for the service.

Sharing the Strizh (Swift) brand which RZD has adopted for its domestic Talgo trainsets used on the Moscow – Nizhni Novgorod route, Trains 13 and 14 will be operated using gauge-changing Talgo trainsets able to run on 1 520 and 1 435 mm gauge tracks. Passing through a newly-built automatic gauge changer at Brest on the Belarus-Poland border will take around 20 min, compared with the current 2 h stop to change bogies.

RZD says the Talgo service will initially operate twice a week, departing from Moscow at 13.05 on Saturdays and Sundays and arriving in Berlin at 07.19 local time. The return trains will depart from Berlin Ostbahnhof at 18.50 on Sundays and Mondays, reaching Moscow at 17.25 the following day.

Designed for operation at up to 200 km/h, the 20-vehicle locomotive-hauled trainsets are formed of 17 passenger coaches, a dining car and two technical cars. Offering a mix of first and second class seats and two-berth sleeping compartments, each train has a total capacity of 414 passengers.