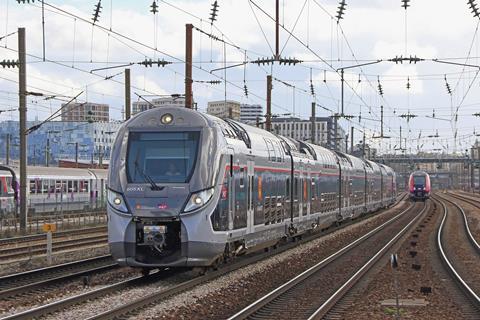 FRANCE: The first of 40 Bombardier-built Omneo Premium electric multiple-units procured by SNCF on behalf of the Normandie region entered revenue service on the Paris – Caen – Cherbourg route on February 17. 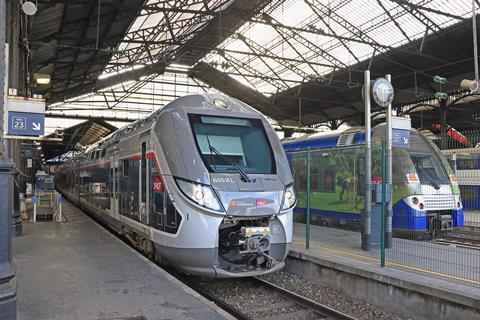 Normandie was the first region to reach an agreement to take over responsibility for loss-making Trains d’Equilibre du Territoire long-distance services from the national government. The inter-city routes from Paris-St Lazare to Le Havre, Cherbourg, Granville and Evreux, plus the Caen – Le Mans – Tours cross-country service were transferred with effect from January 1 2020, and are now branded as Krono+ as part of the region’s integrated transport strategy. 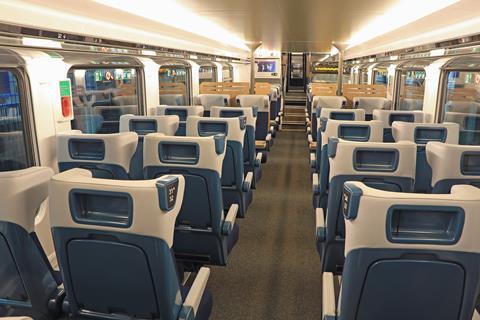 As part of the deal announced in April 2016 the government committed to providing €720m to fund replacement rolling stock for the Paris – Rouen – Le Havre and Paris – Caen – Cherbourg services. The Omneo Premium EMUs were ordered from Bombardier Transportation in November 2016 at a cost of €585m, and were expected to enter service at the end of 2019. Built at Crespin, the first trains began test running in August 2018. All are expected to be service by the end of this year.

The 200 km/h EMUs are an inter-city variant of the Regio2N regional design. Each six-car double-deck trainset is 135 m long with 470 seats, providing a 20% increase in capacity over the former loco-hauled formations. As well as passenger wi-fi and at-seat power sockets, the EMUs have automated coffee vending machines in selected vestibule areas.