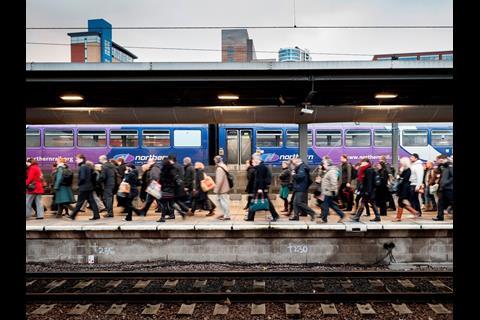 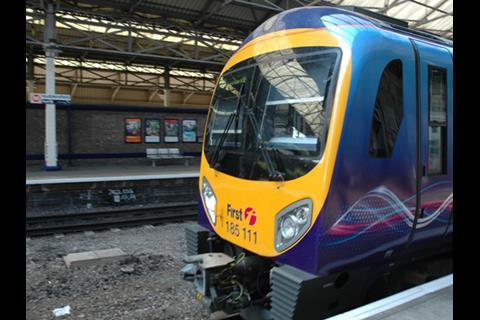 UK: The Department for Transport announced on December 9 that it had selected Arriva Rail North Ltd to operate the next Northern Rail franchise from April 1 2016, and First Trans Pennine Express Ltd to run the TransPennine Express franchise from the same date. Both contracts were to be signed after the 10-day regulatory standstill period.

As part of the government’s commitment to regional devolution, the franchises are to be jointly managed by DfT and the Rail North consortium which represents 29 local authorities across the north of England.

Describing the £1·2bn package as ‘fantastic news’ which would ‘make the Northern Powerhouse a reality’, Secretary of State for Transport Patrick McLoughlin said both bids had gone ‘far beyond our requirements with exciting, ambitious plans that will make a real difference to customers’. Accepting that the previous franchises awarded in 2004 ‘did not plan for growth’, he added ‘today we’ve put that right’.

Taking over from the current joint venture of Serco and Abellio, DB subsidiary Arriva will run the Northern franchise until March 2025. The operator will invest £400m in 281 new 160 km/h multiple-unit vehicles, forming 98 trainsets, which will enable the withdrawal of all Class 14x Pacer DMUs at Northern by the end of 2019. Arriva has committed to operate more than 2 000 additional services each week, including high-quality ‘Northern Connect’ services on 12 routes. There will be a 40% increase in capacity on services into Liverpool, Manchester, Leeds, Sheffield and Newcastle during the morning peak.

Arriva UK Trains Managing Director Chris Burchell said ‘we will be investing more than £1bn to deliver a step-change in quality. Our aim is to be the communities’ local railway and to leave a positive lasting legacy for the north of England.’ Annual subsidy payments for the Northern franchise are expected to reduce by £140m by the end of the nine-year contract.

According to FirstGroup Chief Executive Tim O’Toole, the new TPE franchise, which runs to March 2023 with an optional two-year extension, ‘will deliver faster and more frequent inter-city services’. This would build on a doubling of passenger-journeys from 13 to 28 million during the past 11 years, under the current franchise operated by FirstGroup in joint venture with Keolis.

FirstGroup has committed to paying £400m in premia, equivalent to £303m in NPV terms. The franchise is expected to move from subsidy to premium in 2017-18. It will also acquire 44 new five-car trainsets for operation at up to 200 km/h; these are due to enter service by 2019, although electrification of the Leeds – Manchester route is not now expected to be completed until 2022.

As well as increasing capacity on the core route linking Newcastle, York, Leeds and Manchester, First TPE has committed to introducing a direct service between Liverpool and Glasgow in December 2018, along with increased services linking Manchester with Glasgow and Edinburgh. A new service from Newcastle to Edinburgh via Morpeth will start in 2019.

Both operators are committed to providing free wi-fi, on all TPE services and stations by July 2018 and on all Northern services by December 2019. The operators will also be expected to meet ‘challenging’ targets to improve customer satisfaction and reduce cancellations, as well as investing £55m in station modernisation. Backed by £150m of government funding, both operators will support the roll-out of smart card ticketing across the region, including automatic compensation for delays.