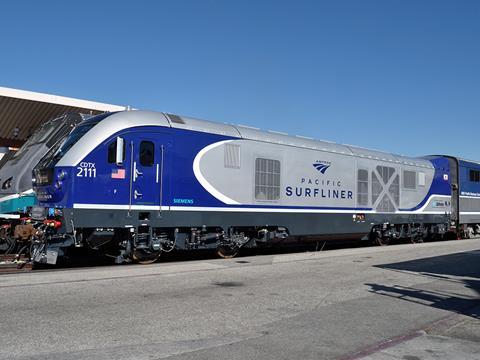 Caltrans has ordered a total of 22 Charger locomotives, using about $100m of state, federal and local funds, and the first are already in service in northern California.

‘The Charger locomotives are almost 90% cleaner than the locomotives they are replacing’, said Bryan MacDonald, Chairman of the LOSSAN transport agency which overseas Pacific Surfliner services on the 560 km route serving 27 stations.