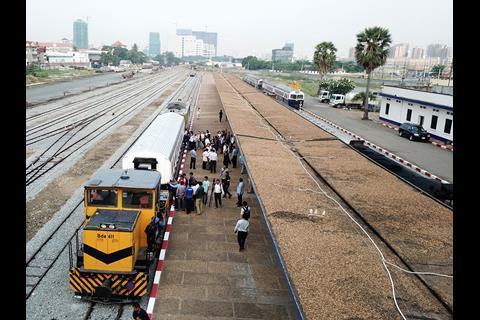 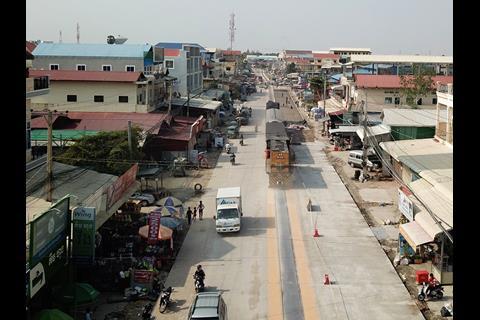 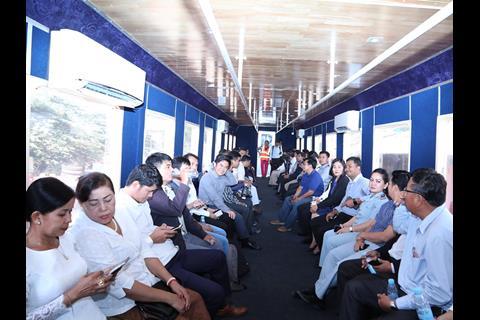 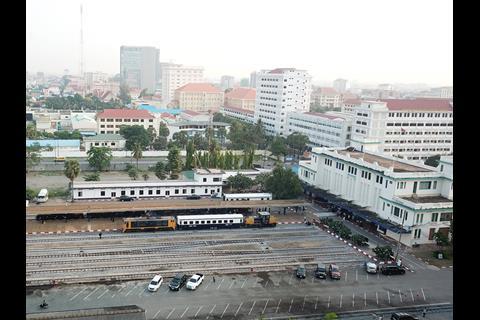 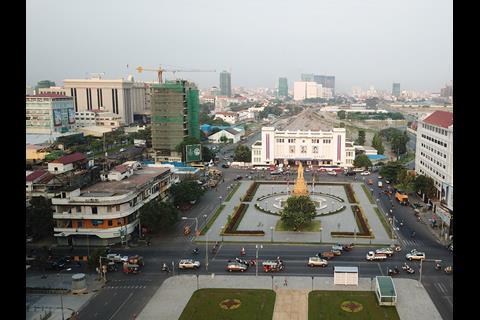 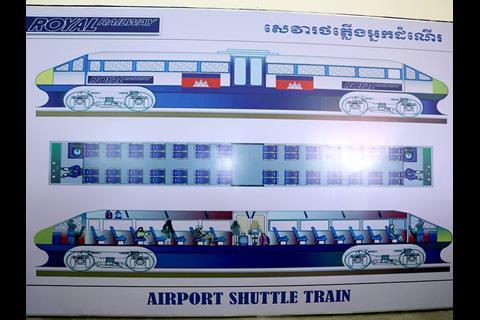 CAMBODIA: A shuttle service from Phnom Penh’s main station to the international airport was inaugurated by Minister of Public Works & Transportation Sun Chanthol on April 10. Travel is free until the end of July.

Services run every 30 min and take around 25 min to cover the 9·6 km route. Outbound air passengers can check-in their luggage at the station.

Two locomotive-hauled trains are being deployed on the service as a short-term measure until the delivery of three diesel railcars from Mexico, which are expected to arrive soon.

National railway operating concessionaire Royal Railway said the launch of the service was ‘a very proud day for Cambodia’. The ministry said the new service was ‘provided as a time-saving alternative for our citizens, while contributing to reducing traffic congestion on this heavily used route’.

The service uses a 1·6 km branch to the airport which was built using materials and equipment supplied from China. This diverges from the Phnom Penh – Sihanoukville main line near the Taing Korsang Khang Tboung Pagoda which is around 8 km from the main station, and features street running along 105K Street to reach the airport.