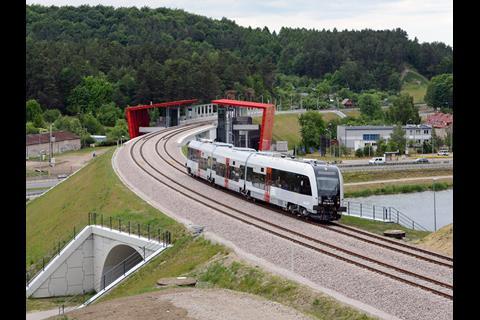 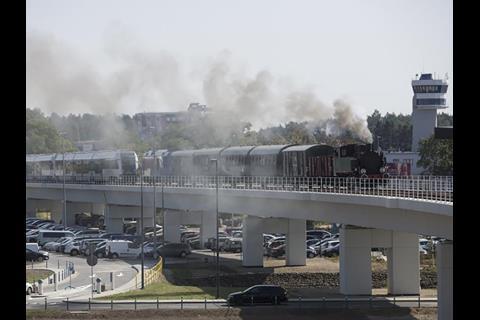 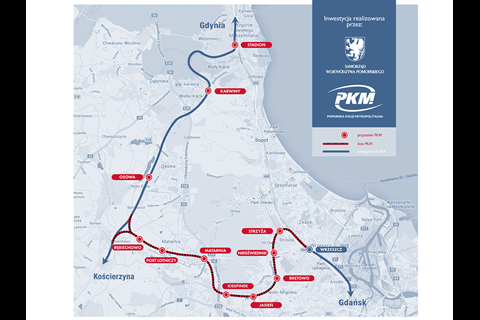 The new line is owned by PKM, a dedicated company established by Pomorskie voivodship. Branching from the existing network at Gdańsk Wrzeszcz, it uses the alignment of a 18 km single-track line to Gdańsk Osowa which was severely damaged in World War II and then used to train soldiers to destroy rail infrastructure. This has been rebuilt as double-track, with a diversion to serve the airport. There are eight stations, and the 41 structures include a 940 m viaduct at the airport.

Civil works were undertaken by a consortium of Budimex and Ferrovial under a 716m złoty contract.

The voivodship bought seven three-car and three two-car Pesa DMUs for 114m złoty to operate the PKM service. These are supplemented by three older Newag 220/221 DMUs which the voivodship already owned.

The operating contract was awarded to SKM w Trójmieście, which runs the existing commuter services linking Gdańsk, Sopot and Gdynia. The initial service comprises shuttles from Gdańsk Wrzeszcz to the airport and Osowa. Through services from Gdańsk’s main station, Gdańsk Główny, to Gdynia via the airport are scheduled to start on October 1.

Electrification of the line is planned, with an EMU fleet to be acquired and the DMUs redeployed elsewhere.