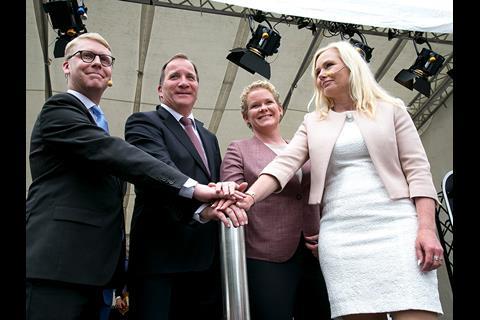 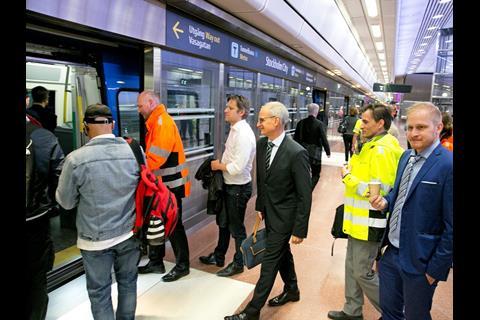 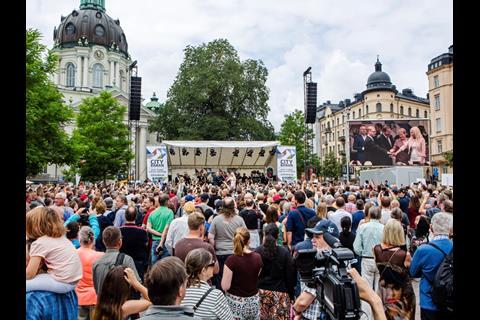 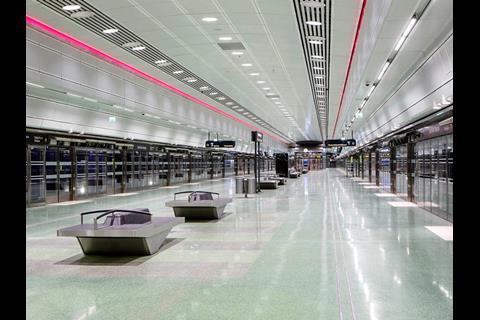 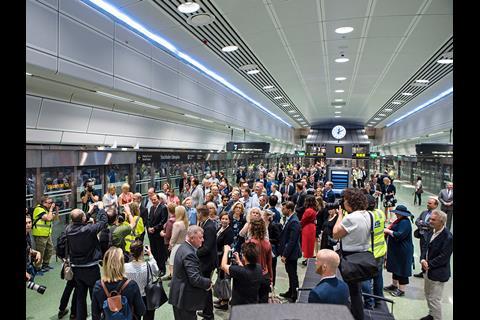 SWEDEN: Revenue services began operating through the new Stockholm Citybanan tunnels at 05.00 on July 10, following formal inauguration by Prime Minister Stefan Löfven the previous day. He was joined for the ceremonies at Odenplan by Minister of Infrastructure Anna Johansson, Trafikverket Director General Lena Erixon and the head of Stockholm Transport Caroline Ottosson.

Built by Trafikverket in co-operation with the city, county council and transport authority SL, the 6 km cross-city link has been under construction since January 2009. It has opened six months earlier than originally scheduled.

The new line runs from Stockholms Södra in the south to Tomteboda north of the city, with a mix of bored rock tunnels and an immersed tube under the Riddarfjärden between Riddarholmen and Söder Mälarstrand. It has been built to relieve the two-track ‘Wasp’s Waist’ on the southern approach to Stockholm Central station, which was the busiest section of railway in the country. ‘The construction of more tracks through Stockholm is essential; Citbanan does not only benefit Stockholmers, but also other travellers’, Löfven explained.

The new line carries Pendeltåg suburban services, which are now operated by MTR under contract to SL. Two low-level stations provide interchange with the metro network. Stockholm City lies beneath T-Centralen metro station, closer to the city centre than the suburban platforms at Stockholm Central which it replaces. The deep-level station at Odenplan replaces the facilities at Karlsberg on the surface route.

South of the city, a 1·4 km-long viaduct has been built between Älvsjö and the Årsta bridges to help segregate the suburban services from long-distance passenger and freight trains on the approach to Stockholms Södra.

According to Trafikverket, around 80% of all rail journeys in Sweden begin or end in the capital. Following the opening of the Citybanan, the infrastructure manager plans to refurbish the existing tracks through the Wasp’s Waist. It will then be able to use the capacity released by Citybanan to increase the number of paths for other regional and long-distance trains, particularly regional services on the routes to the north and south of Lake Mälaren.