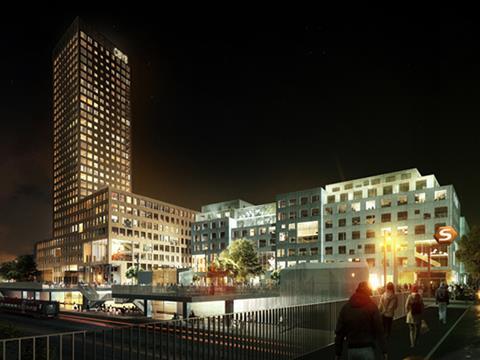 DENMARK: Main consultant and civil engineer Grontmij, railway engineer Atkins and Gottlieb Paludan Architects have been appointed to design a station serving a regeneration area on the site of the former Carlsberg brewery at Vesterbro in København, where brewing stopped in 2008.

The new station is due to open in 2016, replacing the existing Enghave station. It is expected to be one of the busiest stations in København, as 3 000 homes are planned for the brewery site, along with business, retail, cultural and sports facilities and a campus for 10 000 students.

'This new station will provide essential transport links to service the residential and commercial districts being built around the old site of the brewery', said Atkins' project manager Lars-Kristian Sode. 'Key to the success of this project will be co-ordination with all parties involved for the build while synchronising the decommissioning of the current station.'