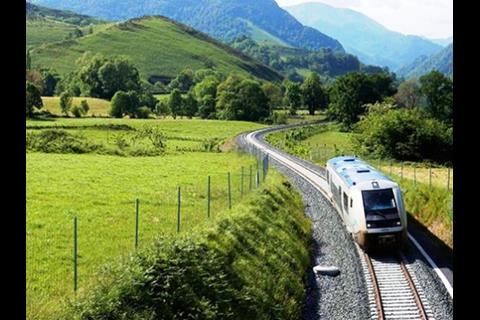 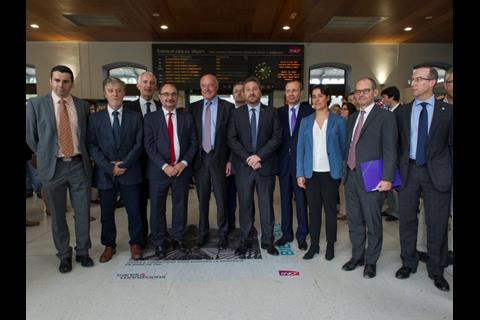 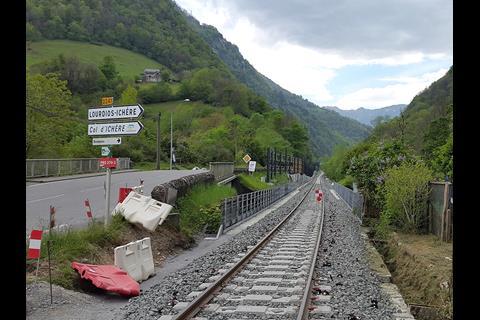 FRANCE: Celebrations were held on July 1 to mark the reopening of the 24·7 km line between Oloron-Sainte-Marie and Bedous in the foothills of the Pyrénées, where passenger services had resumed on June 26.

The revival after 36 years of closure is intended to improve access to the Vallée d’Aspe and resorts in the Pyrénées national park, easing pressure on inadequate roads. It also forms part of the long-planned revival of the former international link from Pau through the Somport tunnel to Canfranc in Spain, from where a Renfe DMU still runs twice daily to Zaragoza. Reopening to Canfranc is now scheduled for 2020, and a rolling motorway route has been proposed to link Bordeaux with Zaragoza.

Work to reopen the Bedous line began in 2014, with the €102m cost financed by the Aquitaine region (now Nouvelle Aquitaine). The project involved upgrading 31 bridges and seven tunnels, laying new track suitable for 80 km/h running and providing extensive protection against falling rocks. There are four stations at Bidos on the outskirts of Oloron, Lurbe-Saint-Christau Sarrance and Bedous, served by six daily trains to and from Pau with a journey time of 67 min for the 60 km. Upgrading between Oloron and Pau had been completed in 2010 following de-electrification.