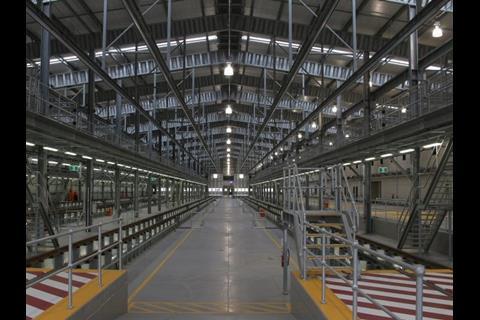 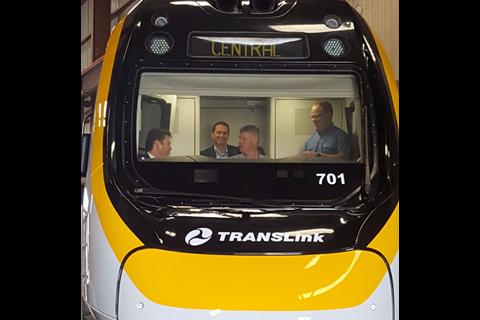 AUSTRALIA: On February 13 Bombardier and Queensland government ministers will officially open the depot to maintain the electric multiple-units that it is supplying under the Queensland New Generation Rollingstock programme.

The facility at Wulkuraka near Ipswich cost A$190m to build. Work was undertaken by Laing O’Rourke between February 2014 and December 2015. The depot contains 10 roads and includes a wheel lathe, lifting jacks, and cleaning and decanting facilities. There is also an automated visual inspection system that scans trains to assess their condition.

The site will maintain the 75 six-car EMUs that Bombardier is supplying as part of the A$4·4bn NGR programme. The Queensland government signed an availability-based PPP contract in January 2014 with the Bombardier NGR Consortium of Bombardier Transportation, John Laing, Itochu Corp and the Uberior investment division of Lloyds Bank.

The EMUs are being assembled at Bombardier’s Savli plant in India. The first cars were shipped from the Port of Mumbai at the end of January, and unveiled in Brisbane earlier this month. Deliveries are scheduled to run for 2½ years. The first EMU is due to enter service in mid-2016, and Bombardier is contracted to provide 30 years of maintenance.