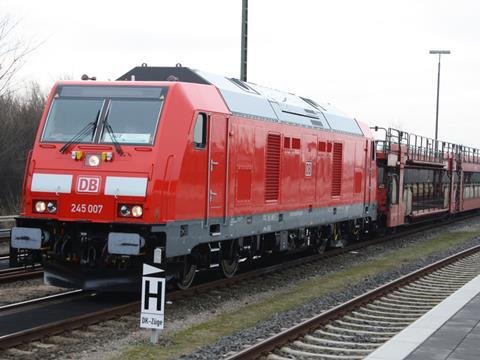 GERMANY: Open access operator RDC Deutschland has applied to operate up to 59 additional car-carrying shuttle services a day between Niebüll and Westerland on the island of Sylt from December 2015.

Applications for additional paths over the 39 km route closed on April 13 after RDC Deutschland secured a 10-year framework agreement with DB Netz in March for a total of 11 paths a day, starting in December. Until now the shuttles have been operated exclusively by Deutsche Bahn.

The Bundesnetzagentur is expected to rule on the allocation of additional paths at the end of May, with a definitive timetable for all services to and from Westerland published in early July. The additional paths are expected to be awarded to the highest bidder, but the issue is complicated by planned enhancements to local passenger services in Schleswig-Holstein that envisage a 30 min interval service between Westerland and Husum. DB also operates a limited number of IC services to Sylt.

Hinrich Krey, previously with Voith Turbo and appointed in February as Managing Director responsible for Operations at RDC Deutschland, suggested to the Sylter Rundschau that the price of some paths could reach €5 000 or even more, perhaps even €12 000 or €15 000.

RDC Deutschland Managing Director Carsten Carstensen told local media that prices for the car shuttle could fall to half or even one third of the current tariff as competition takes effect. An ordinary return ticket for a car currently costs €90, and the service reportedly carries 490 000 vehicles a year. Carstensen said that RDC Deutschland was considering offering late night and early morning shuttle services intended to cater for Sylt residents driving to and from Hamburg airport.

RDC Deutschland proposes to lease or buy rolling stock and traction for its planned shuttle services.