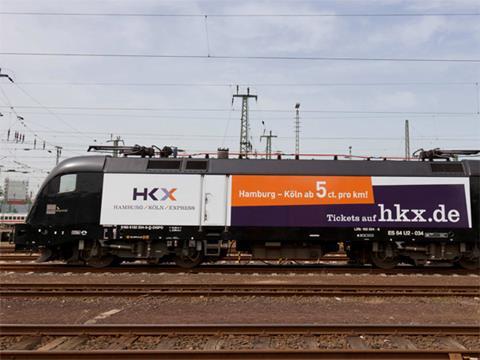 GERMANY: Open-access operator RDC Deutschland announced on February 11 that it had withdrawn its application to introduce a Bonn – Köln – Berlin inter-city service following the partial rejection of its bid for paths by infrastructure manager DB Netz.

Under DB Netz's path allocation process for the 2016-20 period, RDC had submitted bids to operate three daily train pairs between Bonn and Berlin with a journey time of around 5 h. The trains would have served 11 intermediate stations including Dortmund, Gutersloh and Bielefeld, running at a maximum speed of 200 km/h.

According to Hans Leister, Managing Director for Passenger Trains at RDC, parent company to existing open-access operator Hamburg-Köln-Express, its low-cost inter-city service was designed to offer a cheaper alternative to incumbent DB’s ICE trains while also appealing to budget-conscious travellers who have an increasingly-wide range of competing options, including several coach services and two low-cost airlines.

However, DB Netz asked the Bundesnetzagentur national railway authority to reject RDC's application on the basis that three of the required six paths had been allocated to ‘competing operators’ from which the infrastructure manager could generate higher revenues per path utilised. ‘It is clear that DB’s long-distance passenger business has its nose in front’, Leister commented, ‘but we feel that in general track access charges are already too high in such a competitive market. They are putting a brake on rail use, which puts the rail mode at a serious disadvantage when competing with buses and cars.’

RDC also confirmed that it is continuing to discuss with DB Netz, the Bundesnetzagentur and local authorities its plan to take over operation from DB of the car-carrying shuttles between Niebüll and Westerland on the island of Sylt from December 2015. The regulatory authority and infrastructure manager have provisionally selected RDC’s offer to enhance the service over a competing bid from DB, but RDC warned that its plans were still dependent on changes to local passenger services in Schleswig-Holstein being agreed by the Land, which would release capacity for more car shuttle trains.