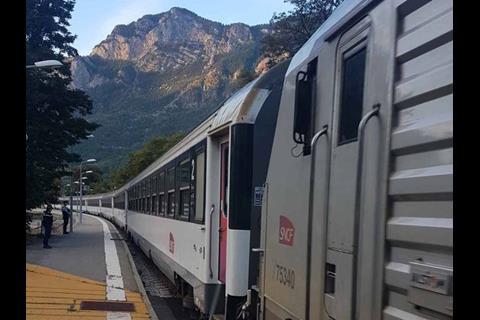 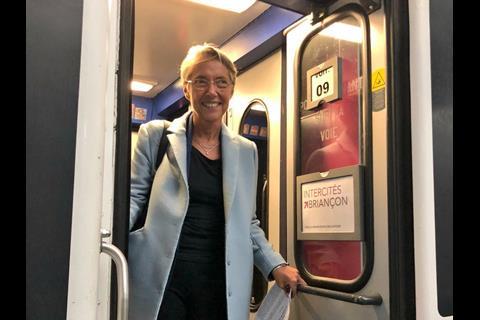 FRANCE: Transport Minister Élisabeth Borne has authorised a €30m injection of funding to revitalise the country’s two remaining overnight trains which link Paris with Briançon in the Hautes-Alpes region and Latour-de-Carol in Pyrénées-Orientales with a portion for Rodez.

Seeking to allay suggestions that the heavily subsidised services would be withdrawn, the minister insisted on September 22 that ‘the state is committed to the sustainability of the two remaining overnight trains’. Travelling to Hautes-Alpes on the Briançon service, she said ‘I understand and share the commitment to night trains: they are a good solution for the accessibility of the regions, and an asset for their economic and tourist development’.

The two Intercités de Nuit services had been retained under the 2016 restructuring of the Trains d’Equilibre du Territoire, which saw responsibility for supporting many conventional long-distance services transferred to the regions. That saw the withdrawal of most overnight services, although the Paris – Nice train was given a two-year reprieve until December 2017.

Borne has now committed to including the remaining overnight trains in the next long-term contract between the government and state-owned operator SNCF Mobilités after the current agreement ends in 2020.

The government had committed in 2016 to fund refurbishment of the rolling stock, following growing concerns about its condition. Borne emphasised that the work would ensure ‘the robustness and safety of the trains’. As well as replacing the sleeping car and couchette berths and renewing the washing and toilet facilities, the package will see the installation of onboard wi-fi and electrical charging sockets in each compartment.

According to local media, discussions are underway between the ministry, SNCF Mobilités and Occitanie region to add a Perpignan portion to the Paris – Toulouse – Latour-de-Carol service.