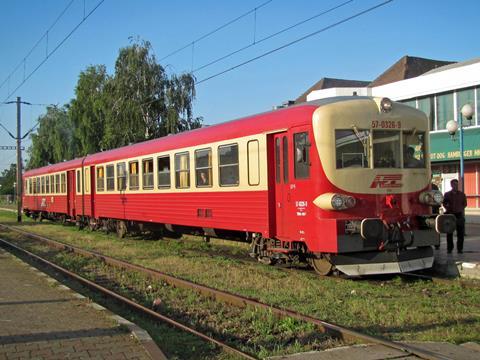 ROMANIA: Private passenger operator Regiotrans hopes to resume all its previous services this month, after regaining an operating certificate on March 30 and repairing enough rolling stock to reinstate one-third of its previous routes on April 1.

National safety agency ASFR had withdrawn the company’s operating certificate on March 16, after inspections found defects in 29 of its diesel multiple-units.

The immediate suspension of Regiotrans services hit commuters, school pupils and students who had to find other means of transport. On March 17 some of its services were provided using stock hired from national passenger operator CFR Călători, and the following day the state company stepped in to run temporary services on 11 of the suspended routes, implementing a new timetable but charging the same fares.

Compounding Regiotrans’ problems, on February 25 co-owner Costel Comana, who was under investigation following corruption allegations, died in an apparent suicide while travelling on a flight between Bogotá and Costa Rica.