Rock and Pop launch ‘biggest ever' fleet renewal for Trenitalia 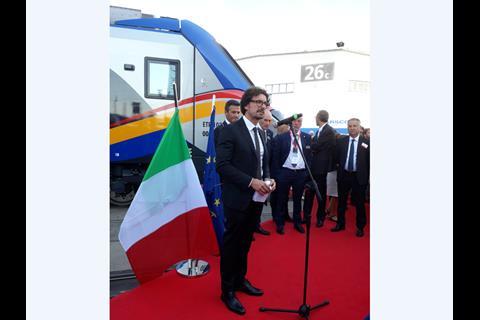 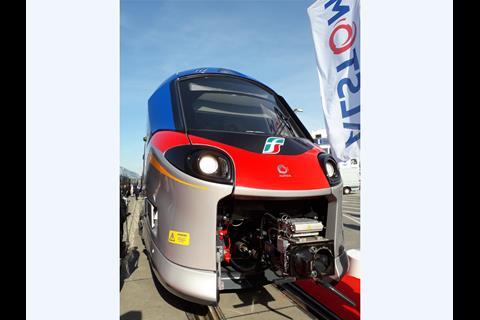 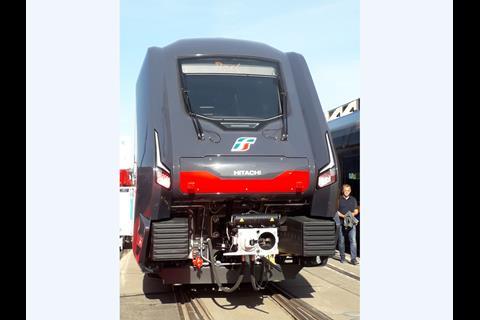 ITALY: FS Italiane President Gianluigi Castelli announced that the group was investing €6bn in new regional trains at the launch of two types of rolling stock at InnoTrans. In the ‘biggest-ever' fleet renewal programme, FS would receive 600 trains by 2023, with deliveries running at nine sets per month and a target of 13 a month in the future.

Italian Minister of Infrastructure and Transport Danilo Toninelli underlined the environmental importance of rail travel and stressed the need to invest in regional and commuter services.

The two trains are the single-deck ETR103, part of Alstom's Coradia Stream family branded ‘Pop’by Trenitalia, and the double-deck ETR521 high-capacity EMU built by Hitachi Rail Italy to its Caravaggio design and branded ‘Rock’ by Trenitalia.

Director General of FS Italiane Gianfranco Battisti said that the new trains would enter service from May 2019 as part of a rolling stock renewal programme ‘without precedent’ in the history of Italian railways.

Managing Director of Hitachi Rail Italy Alistair Dormer said that the Rock was the first train that his company had designed and built in Italy for Italy and was at ‘the cutting edge of technology’.

Henri Poupart-Lafarge, President and Managing Director of Alstom highlighted the environmental advantages of the Coradia Stream, noting that the Pop would consume 30% less energy than the previous generation of regional trains.