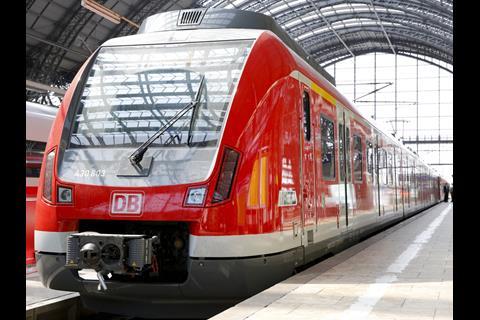 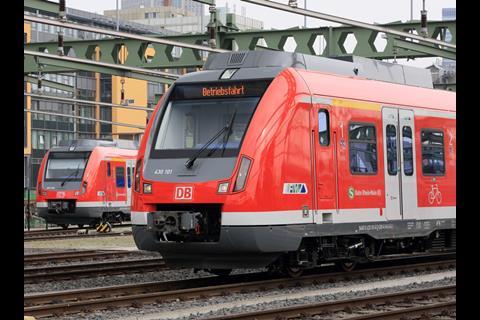 GERMANY: The first of 91 ET430 electric multiple-units ordered in November 2011 for use on S-Bahn Rhein-Main services was displayed to the public at Frankfurt Hauptbahnhof on April 11.

DB Regio Hessen is initially putting the units into service on route S1 and airport services, before deployment across routes S1, S7, S8 and S9 to replace ageing ET420 EMUs. Once all the ET430s have been delivered they will increase the DB Regio Hessen fleet by 30 units to a total of 191 trainsets.

Representing an investment of €500m, the four-car EMUs were ordered from Bombardier with Alstom as subcontractor. They have a maximum speed of 140 km/h, with 176 seats and space for 310 standing passengers. They are fitted with air-conditioning, passenger information systems and CCTV which stores images for 120 h. The units for Frankfurt are not equipped with sliding steps which were fitted to similar units previously supplied to Stuttgart; these proved problematic and are currently deactivated.

· The ET430 was described in detail in the August 2013 issue of Railway Gazette International, which subscribers can access in the digital archive.