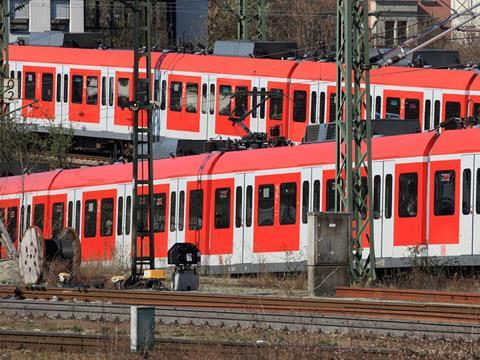 GERMANY: Preliminary works for construction of a second S-Bahn cross-city line in München are to start this year. This follows signature of an agreement on April 8 to fund the €1·77bn project which is due for completion in 2017 in time for the 2018 Olympic Winter Games, should München be chosen as the venue.

Running for 10 km from Laim in the west to Leuchtenbergring in the east, the double-track line will run largely parallel to the existing cross-city S-Bahn line linking Hauptbahnhof and Ost-bahnhof and will include two 7 km single-track tunnels below the city centre. Intermediate stations will be built at Hauptbahnhof, Marienhof and Ostbahnhof.

With just three stops in the central area, the line will be used to provide express S-Bahn services complementing those using the present tunnel, which has reached its capacity limit with trains running at 2 min intervals.

To avoid the U-Bahn lines that criss-cross the central area, the new line will be built at a depth of 40 m. Emergency escape shafts will be provided at 600 m intervals in the tunnel section.

The Land of Bayern is providing €827m towards the cost, with the federal government contributing €809m. DB will supply the remaining €133m.