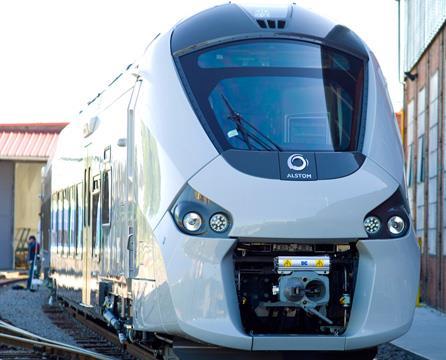 FRANCE: SNCF President Guillaume Pepy joined Marie-Guite Dufay, President of the Franche-Comté region, in Bescançon on May 3 to sign an agreement covering the organisation, funding and operation of TER local passenger services in 2013-17.

After a 15% increase in the number of TER services operated in 2012, Franche-Comté is maintaining the same service levels in 2013 to keep its costs under control, with weekend services and those operating during the school holidays to be revised from July 2013. The region is expecting to pay €74m this year for the provision of TER services.

For its part, SNCF has committed to an annual average punctuality target of 92·1%, rising to 93·5% for peak-hour services. A service quality regime with bonuses and penalties will apply to the provision of passenger information, both during normal operations and at times of disruption, as well as service on trains and at stations.

In the case of strikes lasting longer than 15 consecutive days, SNCF has undertaken to refund 25% of the cost of season tickets, also applying when a peak-hour service achieves a punctuality score below 80% over 20 consecutive working days. New ticketing products to encourage more use of the TER network include railcards for young persons and occasional travellers.

Comprising 770 km of rail routes and 508 km of road services calling at 65 stations or stops, the Franche-Comté TER network carries 22 000 passengers/day, of which 56% use the principal Belfort - Dijon and Besançon - Lyon routes. Traffic across the region grew by 7% in 2012.