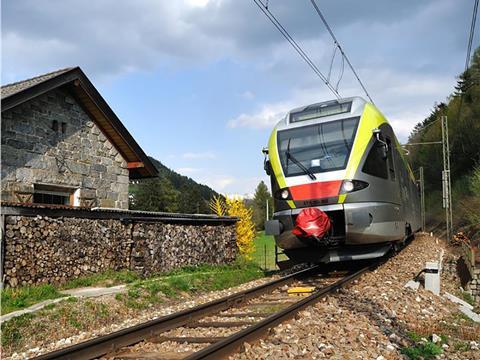 ITALY: The direct award of a contract for SAD Nahverkehr to continue to operate local passenger rail services was approved by the South Tirol regional government on August 8.

Head of the regional government Arno Kompatscher said having contracts with two competing operators had contributed to an increase in the quality of local rail services, and further efforts would now be made to ensure rail offered a real alternative to private cars.

The performance-based contract with SAD includes payment for train-km operated plus a system of rewards and penalties based on quality standards including punctuality, reliability, cleanliness and accessibility.