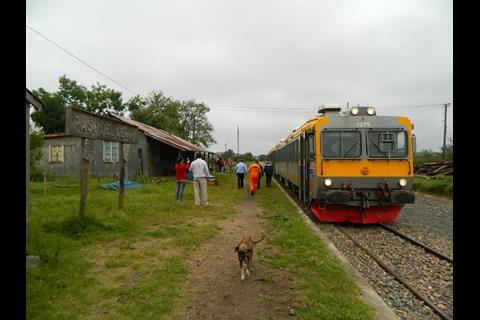 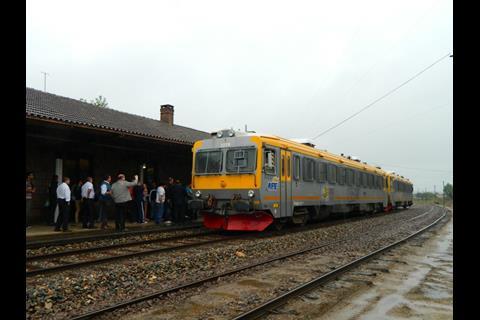 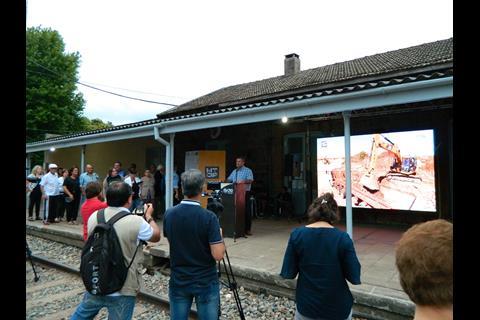 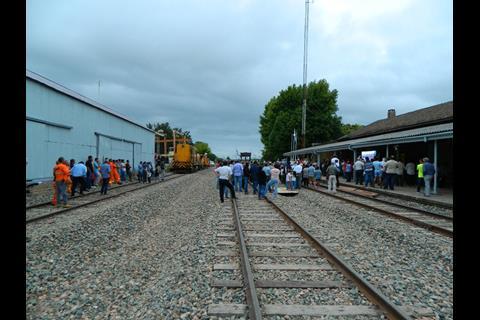 URUGUAY: Passenger services returned to AFE’s northern route between Tacuarembó and the Brazilian border at Rivera were reinstated on December 19 following an 18-year hiatus.

Passenger services on this route had operated intermittently for a number of years after 1993 but were withdrawn with effect from December 13 2000.

Two former Swedish Y1 diesel railcars have been allocated to the route, working a single train each way on three days per week. End to end journey time is initially 2 h 30&nbps;min, but this is expected to be reduced to 1 h 50 min following the completion of track renewals and level crossing improvements.

The resumption of passenger services to Rivera follows the completion of track renewal works on the main line between Paso de los Toros and Rivera line with a ceremony at Tacuarembó on December 18 attended by Transport Minister Victor Rossi, AFE President Wilfredo Rodriguez and the mayor of Tacuarembó province Eber da Rosa, along with representatives from the National Development Corporation and Corporación Ferroviaria del Uruguay.

Before the ceremony AFE operated a special train from Tacuarembó to the tourist resort of Valle Edén, while CFU staged a display of track maintenance equipment and rolling stock and auxiliary road vehicles at Tacuarembó station. While the main line renewals have been completed, some work is continuing on secondary tracks/p>