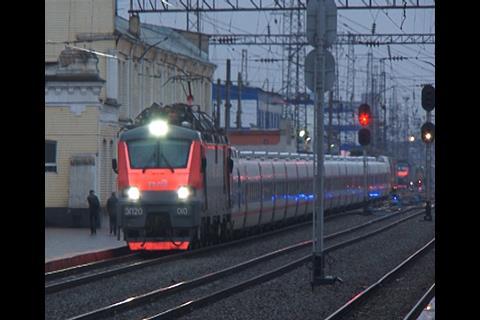 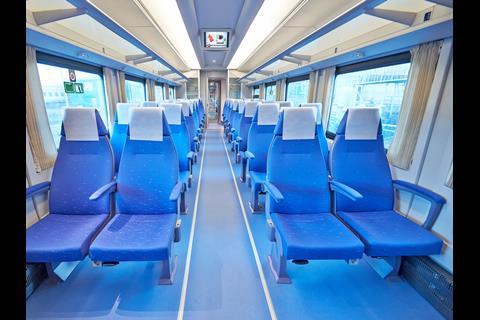 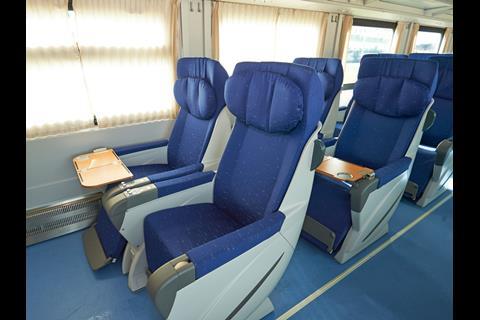 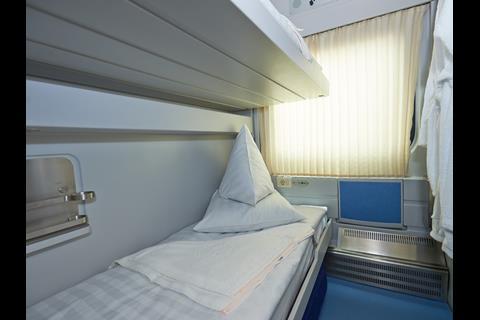 The first service operated by the Talgo stock was the 14.00 from Moscow to Nizhny Novgorod. The launch marked ‘the culmination of 20 years of work and negotiations’, according to Guillermo Martinez, Managing Director of Talgo in Russia, who said ‘we can finally see Spanish technology running across this country, a very important milestone for both Russia and Spain.’

RZD has branded its Talgo trainsets as Strizh (swift), continuing the ornithological theme of the Sapsan (peregrine) and Lastochka (swallow) fleets. The locomotive-hauled trainsets painted in the colours of the Russian flag have passive tilt and run at up to 200 km/h, giving a journey time from 3 h 35 min for the 440 km route.

Each trainset has 18 passenger coaches and two technical cars, with a total capacity of 414 passengers in first and second class seats and two-berth sleeping compartments. Talgo said the trains are designed to offer ‘the highest levels of comfort and accessibility’ while ‘significantly’ reducing energy consumption compared to other trains. Wi-fi is fitted, and there is a dining car.

The remaining three Talgo trainsets were ordered with automatic gauge-changing equipment and are scheduled to enter service next year on the Moscow – Minsk – Warszawa – Berlin route, switching from 1 520 to 1 435 mm gauge in Brest.