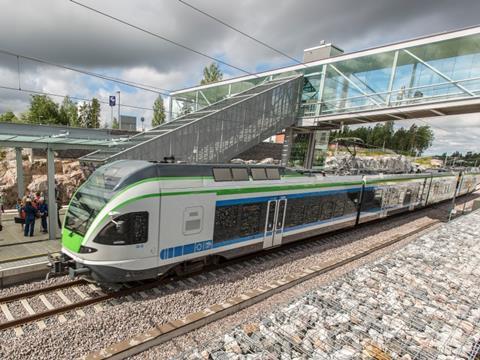 It did not name the bidders, although national operator VR – which currently provides the services under a directly-awarded contract – confirmed it was one.

Evaluation of the bids is now underway, HSL said on February 5, with the selection of the winning bidder expected to be approved by the HSL board at its meeting on May 5.

HSL said the process would focus on the quality of the bids and their financial sustainability. The tendering process also aims to give the authority more control of commuter services as part of the wider transport system in the Greater Helsinki region.

If the rival bidder is selected in place of VR, the existing staff running the commuter services would transfer to the new operator.