UK Railcards to be available as mobile apps 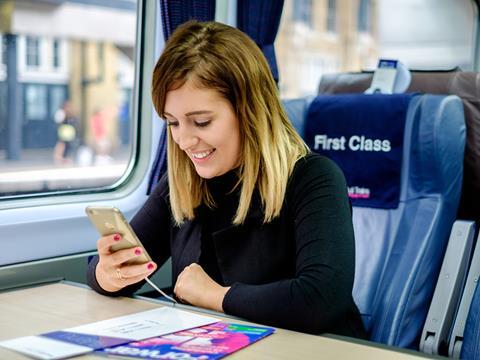 UK: The Association of Train Operating Companies has invited tenders for a contract to develop a mobile phone app which can store the range of Railcards which offer discounts on National Rail passenger services.

ATOC said it aims to introduce the app in April 2016, making applying for and using railcards ‘simpler, quicker and more convenient’. The app would also reduce the risk of passengers leaving their railcard at home, because ‘they are more likely to remember their phone’.

The digital Railcard would ‘look just like a paper or plastic version’. Once downloaded, the app would not need an internet connection, and would be available offline to show to staff on the train or at the station. The user will be able to retrieve it again if their device is lost, stolen or replaced.

The complete range of nationally-available Railcards would be offered digitally as well as on paper or plastic, although not the Network Card and Gold Card covering southeast England or local railcards which are managed by train operators rather than by ATOC; local railcards could be added later.

‘More than half of all users buy their Railcards online and we expect that over time a similar proportion will switch to the app to save time and make their journeys more convenient’, said Andrew Robertson, ATOC’s Head of Marketing. It is expected there will be particularly strong take-up of the 16-25 Railcard, which offers discounts to passengers in that age range as well as students.