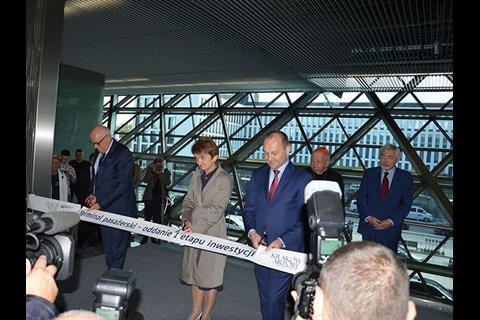 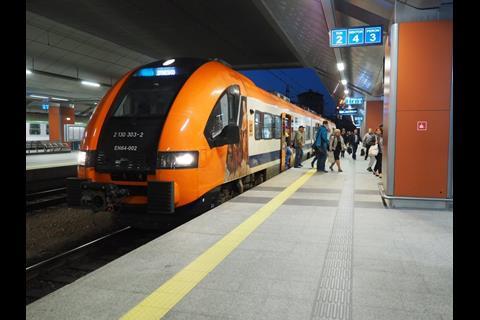 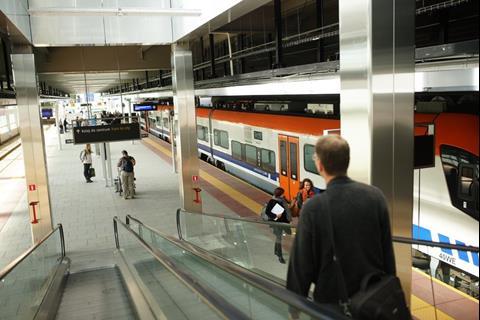 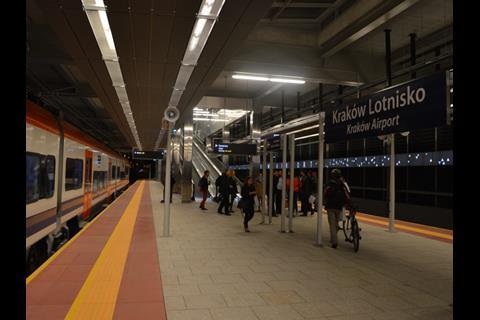 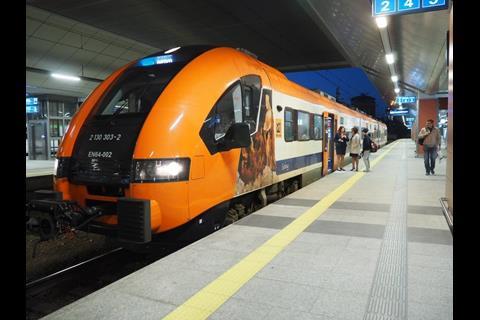 POLAND: A new station at Kraków Airport was inaugurated on September 28, marking the return of rail services to the airport after modernisation of the line.

The 11·9 km route from Kraków Główny station closed on February 1 2014 for upgrade work. Until then, services had been operated by national regional operator Przewozy Regionalne since May 26 2006, making Kraków’s airport the first in Poland with a rail connection.

Astaldi carried out the work, which involved double-tracking and electrification, as well as the construction of two viaducts. Three intermediate stations have been built at Młynówka, Zakliki and Olszanica, and Łobzów station was rebuilt with accessible platforms, new lighting and a passenger information system.

A new two-track airport station 500 m closer to the airport terminal building was built by Polbau; work started in mid-2014. It is linked to the terminal building with a covered footbridge, and forms part of a project to expand the passenger terminal, the first part of which opened recently. Both the terminal and the station were designed by architects Apa Czech Duliński Wróbel Agencja Projektowa Architektura.

Voivodship-owned Koleje Małopolskie, which was launched in December 2014, has taken over from PR as operator, using a fleet of EN64 Acatus Plus electric multiple-units supplied by Pesa. Services run every 30 min, with 31 trains per day in each direction between Kraków Airport and Wieliczka Rynek-Kopalnia, and a further eight trains running only as far as Kraków Główny. The first train departs Krakow Główny at 04.05, with the last train leaving Kraków Airport at 00.15. The maximum speed on the line has been doubled to 80 km/h, giving a journey time of 18 min.

The upgrade was a joint investment between PKP PLK and Kraków Airport. ‘The second-largest airport in Poland has gained a fast, reliable and comfortable link to the centre of Kraków. This is the next stage of building a fast suburban railway in Kraków and the convenient linking of it with an increasingly modern long distance network’, said PKP PLK Board Member Marcin Mochocki. ‘Construction of the Kraków Zabłocie – Kraków Krzemionki link, already started by PKP PLK, and the planned rebuilding of the Kraków Główny – Kraków Płaszów section ensures the possibility of the SKA’s further development in Kraków and Małopolska.’