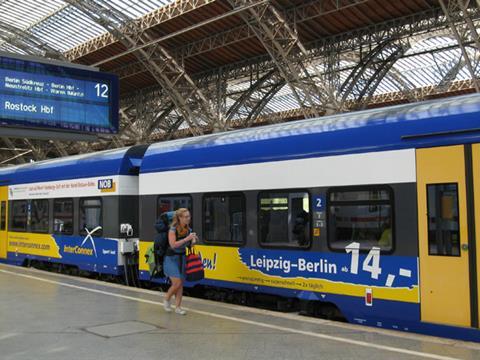 GERMANY: The InterConnex open access service between Leipzig, Berlin, Rostock and Warnemünde is to end with the December 14 2014 timetable change, Veolia Verkehr announced on October 14.

The first open-access long distance service in Germany was launched in 2002. Veolia Verkehr said the decision to cease operations has been taken because of steadily declining passenger numbers, competition from coach operators and increasing track access charges.

‘Under the current conditions in Germany it is no longer possible to operate a purely commercial long-distance rail service’, said CEO Christian Schreyer.

He said track access charges of €1 700 per direction for the daily service make it impossible to compete with long-distance coach services that do not need to pay road tolls. ‘I very much regret that we had to make this decision and we must disappoint long-term customers’, said Schreyer. ‘But as a commercial business, we cannot be in the red every month.’