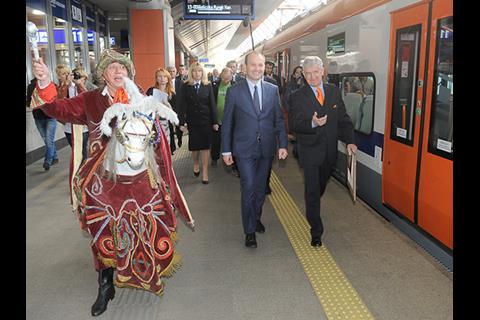 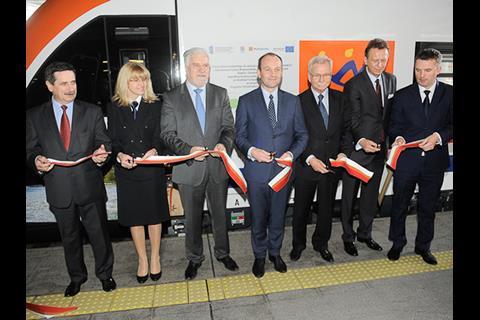 POLAND: Koleje Małopolskie operated its first passenger service at 05.10 on December 14, with a day of free travel marking the launch of regular services by the latest voivodship-owned local train operating company.

KMŁ has a fleet of 10 two and three-car EMUs from Pesa’s Acatus Plus family, developed as a low-cost variant of the Elf design. It is initially operating on the Kraków Główny – Wieliczka suburban route, and using a fare scheme aligned with the bus and tram networks rather than following the kilometre-based pricing model more usual on regional rail routes.

Expansion to serve Kraków airport is planned for September 2015, following the completion of upgrades including track doubling, electrification and the construction of a new station. Further expansion plans envisage taking over the Trzebinia – Kraków – Tarnów and Sędziszów – Kraków – Skawina – Podbory Skawieńskie services from Przewozy Regionalne, which would require the acquisition of additional rolling stock.