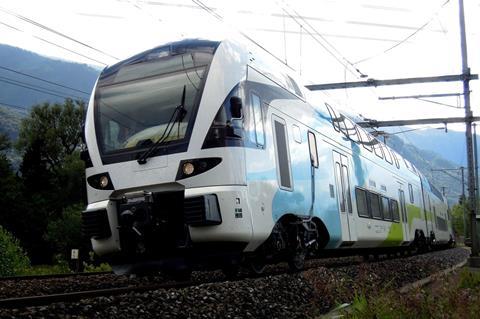 AUSTRIA: Both Austrian Federal Railways and open access competitor Westbahn have been awarded emergency public service obligation contracts to ensure the continued operation of Wien – Salzburg trains during the coronavirus pandemic, in a move which the ALLRAIL association of new market entrants said should provide a model for the rest of Europe.

The PSO contracts provisionally run for three months from April 20, and will see the two operators each run a train each way every 2 h, providing an hourly service between Wien Meidling and Salzburg.

The operators will accept each other’s tickets, but promotional fares are not being sold to ensure that the trains are only used by people making essential journeys.

Westbahn said the move was ‘a welcome and unbureaucratic measure’ by the Ministry for Climate Action, Environment, Energy, Mobility, Innovation & Technology, that would secure services on what in normal circumstances is an economically viable route where both companies operate on a commercial basis.

‘The government’s foresight in maintaining public transport in this difficult phase of the coronavirus crisis deserves special praise’, said Westbahn. Its trains are departing from Wien Westbhf as normal, but will run via Meidling instead of Hütteldorf and make additional stops at Tullnerfeld, St Valentin and Neumarkt-Köstendorf to maintain connections for intermediate towns.

ALLRAIL welcomed the move, having recently warned that some open access operators may be facing imminent bankruptcy as a result of the drop in traffic caused by the pandemic.

‘Under the European Commission’s temporary framework, member states are allowed to use the full flexibility foreseen under state aid rules to support the economy’, the association explained. It praised the Austrian government’s decision to award contracts to both the state and private operators, saying this was the first time the two had been treated equally by the government.

‘This is the new reference model for the rest of Europe’, said ALLRAIL Secretary General Nick Brooks. ‘We call on EU member states to urgently follow Austria’s example and grant temporary PSO contracts to all open access operators in their own country, regardless whether privately or state-owned. By doing so, they will secure the growth of passenger rail once the pandemic is over.’