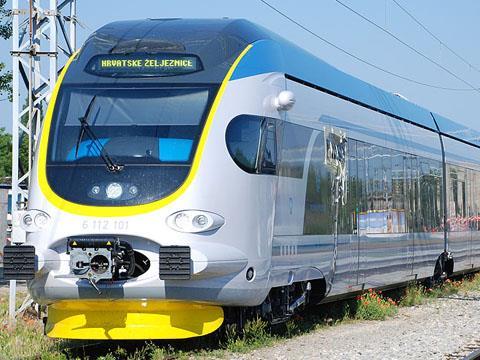 The four-car articulated unit No 6112 101 has been developed as a prototype for the proposed replacement of Ganz Class 6111 EMUs which the HZ PP passenger subsidiary of national railway HZ currently operates around the capital.

It is designed for high capacity, with 185 seats in second class only and space for 271 standing passengers. Low-floor areas provide wheelchair access, and the prototype also features wide gangways between cars, a GPS-based passenger information system, CCTV and air-conditioning.