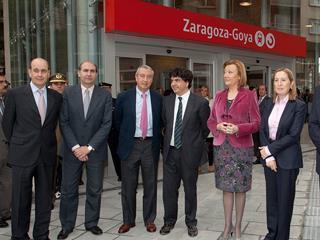 SPAIN: Development Minister Ana Pastor officially opened the new station at Zaragoza Goya on April 3. The station has been built at a cost of €44m and is served by the RENFE suburban route from Casetas to Miraflores.