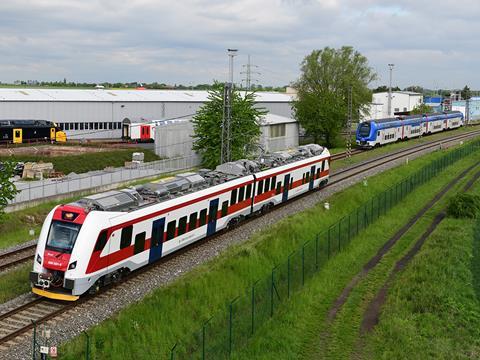 SLOVAKIA: Škoda Transportation has rolled out the first of the Class 660 electric multiple-units ordered by national passenger operator ZSSK for use on regional services around Žilina.

Škoda is to supply the first two units, while assembly of the rest of the fleet has been subcontracted to Slovakian company ŽOS Trnava using bodyshells, bogies and traction packages supplied by Škoda. All of the units are scheduled to be in service by 2022.