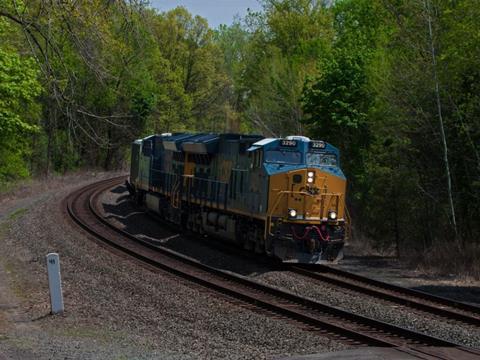 USA: Former Canadian National Executive Vice-President James Foote is to join CSX Transportation as Chief Operating Officer, the company announced on October 25. Most recently serving as President & CEO of Bright Rail Energy, he will take responsibility for both Operations and Sales & Marketing.

‘CSX is pleased to welcome an experienced railroader who will help continue to drive the company’s transformation’, said President & Chief Executive Officer E Hunter Harrison. ‘Jim’s proven track record with Precision Scheduled Railroading will be a significant asset as we continue to drive value for shareholders and customers.'

CSX Chairman Edward J Kelly III said the board of directors ‘looks forward to welcoming Jim and Nathan in their new roles and wishes to express its thanks to Cindy, Fredrik and Ellen for their tremendous contributions and distinguished CSX careers. Each of them has brought great value to the success, the people and the reputation of CSX, and they will leave CSX well positioned for the next stage.’