Davenne takes over at UIC 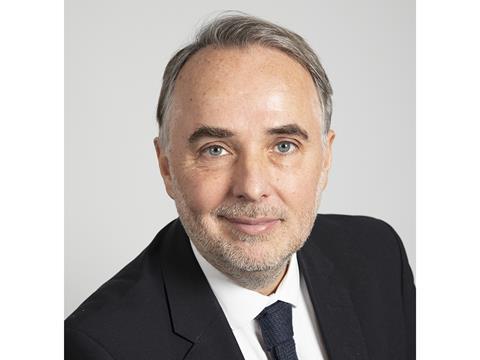 INTERNATIONAL: The appointment of François Davenne as Director General of the International Union of Railways was formally confirmed at the UIC General Assembly in Budapest on June 25.

Taking over with effect from July 1, he succeeds Jean-Pierre Loubinoux, who has served as UIC Director General since the organisation was restructured in March 2009. Having been selected at the UIC General Assembly in Madrid last year, Davenne joined the association as Deputy Director General in January in order to ensure a smooth transition ‘in the spirit of continuity’.

A graduate from the Ecole Nationale Supérieure des Télécommunications d’Evry and the Ecole Nationale d’Administration, Davenne initially worked in the satellite telecommunications and housing sectors, before joining the French Ministry of Transport to focus on railway safety and regulation issues. He was elected as Secretary General of OTIF, the Intergovernmental Organisation for International Carriage by Rail, in 2012, holding that post until the end of 2018.

During his initial four-year mandate, Davenne intends to focus on improving the perception of the rail sector and on ‘consolidating the position of railways as the backbone of smart and decarbonised mobility’. He wants to promote UIC’s operational role globally, building on the commitment of its members and its established range of standards in order to make the association ‘a central forum’ in the fight against climate change and ‘to establish the railways as the transport mode of the future’.