Fritzson re-elected as CER looks ahead 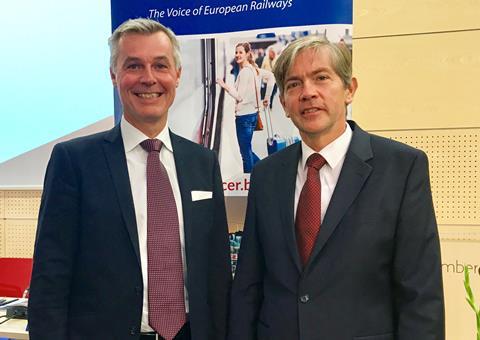 EUROPE: SJ AB President & CEO Crister Fritzson has been re-elected as Chairman of the Community of European Railway & Infrastructure Companies, following the CER General Assembly in Gdańsk on September 23.

Fritzson, who also chairs the Swedish association of train operators ASTOC, was initially elected as CER Chairman in September 2017, having held the role in an interim capacity following the departure of DB’s Rüdige Grube earlier that year.

Thanking the various railway executives for their willingness to serve on the committee, CER Executive Director Libor Lochman said the association was looking ‘to guarantee the best possible visibility of our vision for the new legislature’, following the European Parliament elections and the selection of a new European Commission.