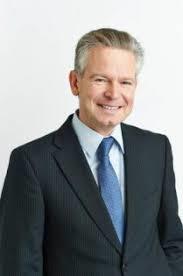 At its meeting on January 7, the SNCF Réseau board reportedly endorsed the choice of Lallemand to succeed Patrick Jeantet, who is returning to head SNCF subsidiary Keolis. Lallemand was a board member of the former infrastructure manager Réseau Ferré de France in 2007-15, and has also served as an independent board member at RATP Dev.

A graduate of the Antwerpen Higher School of Navigation, Lallemand is a commercial engineer with expertise in foreign exchange and finance. He joined Belgian national railway SNCB in 1991 as a financial advisor, before moving to work in the offices of various Belgian government ministers. He returned to SNCB in 2002 as Finance Director, serving on the board of high speed operator Thalys in 2002-05.

Lallemand has been President & Director General of Infrabel since 2005. However, his current term of office officially expired in November and the Belgian government had not yet reconfirmed his appointment. Minister of Mobility François Bellot told local media that the departure of Lallemand would be ‘a loss for Belgian rail’, noting that he ‘has done some very good things at the head of Infrabel’.

Subject to approval by ART by the end of this month, the SNCF Réseau board anticipates that Lallemand could take over as CEO during the first quarter of 2020, possibly as soon as February.