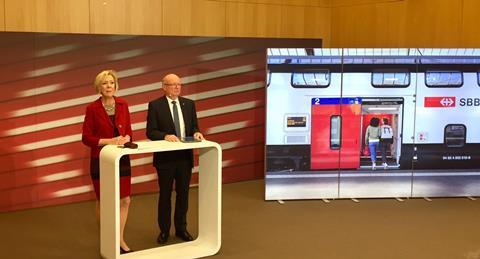 SWITZERLAND: The Swiss Federal Railways board has appointed Vincent Ducrot as CEO with effect from April 1 2020. He will succeed Andreas Meyer, who is stepping down at the end of March.

SBB said 57-year old Ducrot knows Switzerland’s public transport sector very well. He has been President of Transports Publics Fribourgeois for eight years, and Vice-President of national public transport association VöV since 2017. He previously worked for SBB from 1993 to 2011, including 10 years as head of Long-Distance Services.

‘Ducrot knows the integrated railway system inside out and is extremely well connected in the public transport sector, in politics and with social partners’, said SBB board Chair Monika Ribar on December 10. She said he was ‘the ideal person for the challenges ahead’ during a period of strong growth and extensive construction work when SBB’s focus would be on ‘stabilising and improving its core business, but also pursuing a careful policy of further development.’