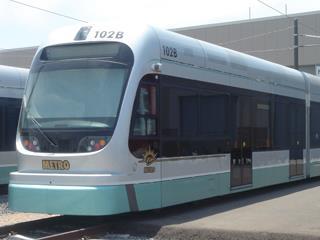 USA: The Maricopa Association of Governments approved the route for the proposed Phoenix West light rail extension on July 25. Environmental assessment and preliminary design work can now begin, with opening envisaged by 2023.

The 18 km route starts at the existing Metro light rail line in central Phoenix, running through the State Capitol area and then along the median of the I-10 motorway. It then crosses by bridge to the north side of I-10 at 47th Avenue, before terminating at the 79th Avenue park and ride site.

'The light rail extension will connect vital West Phoenix destinations like Desert Sky Mall, Ashley Furniture Pavilion and other businesses to the rest of the Valley, creating a synergy that will help drive the area's economy', said Councilman Michael Nowakowski. 'It will also offer West Phoenix residents a cost-effective, sustainable transportation option and creates an economic bridge to our city's westside.'