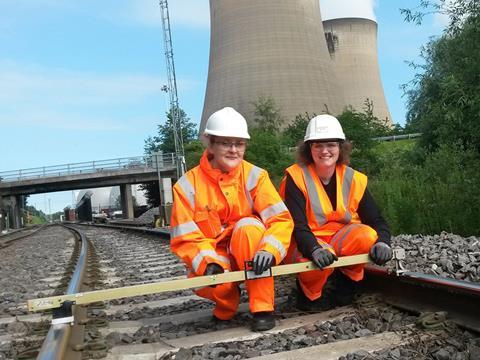 EUROPE: Negotiations for an EU-level agreement aimed at promoting the employment of women in the rail sector have been launched by the Community of European Railway & Infrastructure Companies, representing more than 70 employers, and the European Transport Workers’ Federation which represents 5 million transport workers from more than 200 trade unions in 41 European countries.

CER and ETF said women account for less than 20% of the railway workforce, much below the economy-wide 45% participation rate in the labour market. In some professional categories, the figure is lower.

The two organisations said companies and unions were convinced that the situation should be changed in order not to miss out on the contribution of women, to promote diversity and bring the image of the rail sector image closer to the society in which customers live.

‘The demographic situation in rail companies all over Europe no longer allows the railway sector to do without the abilities, skills and talent of women’, said Giorgio Tuti, President of the EU Sectoral Social Dialogue for Railways, on October 16. ‘The European Social Dialogue is the right place to negotiate effective measures to attract women to all professional areas of the rail sector.’ Vice-President Matthias Rohrmann added that the envisaged agreement would ‘support the development of positive actions by companies, make their commitment more visible and thus make the sector even more attractive to employees.’

ETF Deputy General Secretary Sabine Trier said ‘what benefits women workers is a benefit to all workers. It is in the interest of the sector and its employees to increase efforts and commitment to reach this goal.’