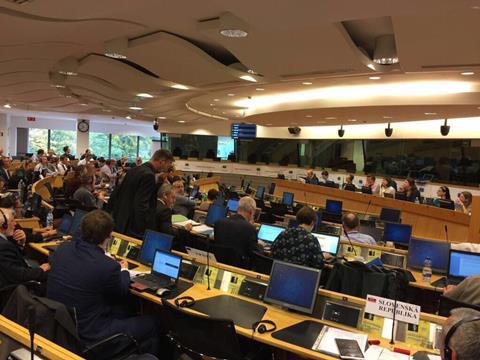 EUROPE: A major step towards implementation of the technical pillar of the Fourth Railway Package was achieved on November 16, when the European Commission’s Railway Interoperability & Safety Committee voted to adopt the Implementing Act setting out the practical arrangements for the unified vehicle authorisation process.

Since the package was adopted last year, the EU Agency for Railways has been consulting widely with stakeholders across the rail sector about how it would assume responsibility for authorising any locomotives and rolling stock to operate internationally within the single European railway area. This includes the structure and functioning of the planned ‘one-stop shop’ for processing applications, as well as the relationships between ERA and the national safety authorities in each country, who will continue to authorise vehicles for domestic use and provide many of the certification services on behalf of the agency.

Single vehicle authorisation is expected to provide significant savings in both time and cost for bringing new railway vehicles onto the market. According to the agency, ‘after intensive discussions with all stakeholders, the final proposal received very broad support, acknowledging the importance of this legislative act for the attractiveness and competitiveness of the European railway industry’.

The RISC committee had previously voted in June to adopt the Implementing Act for the single European safety certificate, under which ERA will assume responsibility for licensing train operators. Both aspects of the technical pillar are due to come into force from June 2019, once the European directives have been transposed into national legislation by each of the member states.