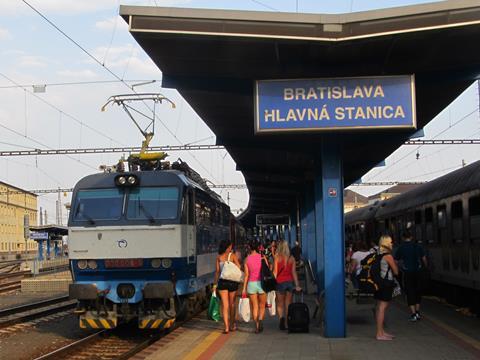 EUROPE: Responding to a suggestion from German MEP Manfred Weber that the European Union should fund free Interrail tickets for Europeans reaching the age of 18, on October 4 Transport Commissioner Violeta Bulc said the Commission ‘admires the boldness and the level of ambition’ of the proposal, and would ‘carefully assess the potential cost’.

Weber said the idea would provide young people with ‘the means to discover who their neighbours are and what opportunities other member states can bring’.

However, Bulc cautioned that 300 000 people use Interrail every year, paying between €200 and €480, and free access for all 18-year olds would ‘present many challenges which require further analysis.’

Dutch company Eurail.com BV which sells Interrail passes on behalf of 32 railway companies commented that it would be ‘a big undertaking to get over five million 18-year olds to travel with Interrail for free every year’.

Bulc said the Commission would discuss the idea with rail operators, who ‘know best what the operational constraints are, for example in terms of capacity and occupancy’. She said possible concerns include administrative feasibility, accessibility and inclusivity. Of the EU member states, Cyprus and Malta have no railways, while Estonia, Latvia and Lithuania do not participate in Interrail.

Bulc said the Commission ‘may also consider possible variants to this excellent idea’, such as a lottery which young people could enter to win tickets. She would also be interested in the possibilities for such a scheme to be expanded beyond rail to other modes.