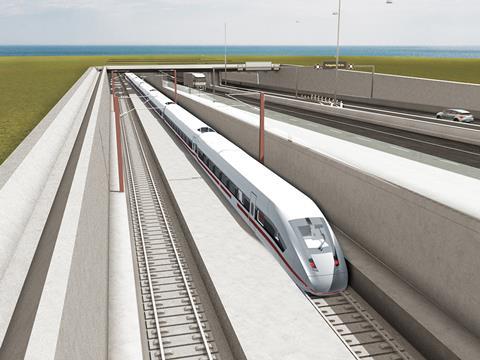 DENMARK: The European Commission has opened an in-depth investigation to determine whether the public financing model for the Fehmarn Belt fixed link is aligned with EU state aid rules.

Under the intergovernmental agreement between Denmark and Germany, Denmark will be the sole owner and will bear the full risk for the financing of the fixed link, which is to be built by state-owned project promoter Femern A/S. Denmark is also responsible for the upgrading of Danish rail and road connections by state company A/S Femern Landanlæg.

In July 2015, the Commission said the public financing model for A/S Femern Landanlæg did not constitute state aid. It said it was not necessary to assess whether the measures granted to Femern A/S constituted state aid because they would in any case be permitted as supporting an important project of common European interest.

Ferry companies Scandlines and Stena Lines appealed, and in 2018 the EU General Court ruled that the Commission should have opened a formal investigation to assess the measures granted to Femern A/S.

‘Today’s opening of such an investigation is an invitation for all stakeholders to provide their input, which will allow the Commission to adopt a new, well-informed final decision’, said Margrethe Vestager, Commissioner in charge of competition policy, on June 14.

Denmark’s Ministry of Transport, Building & Housing told Railway Gazette International it would now ‘scrutinise the letter of formal notice and make a thorough and constructive contribution to the Commission's work’.

Germany is responsible for financing and upgrading its hinterland connections, and is not subject to the investigation.