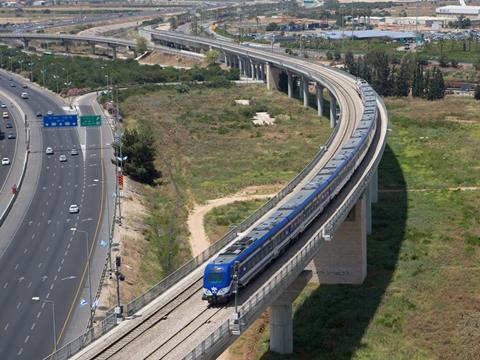 ISRAEL: Proposals for Israel Railways to raise private investment to fund infrastructure development are moving forwards, with the company expecting to start marketing its first bond issue at the beginning of March ahead of a formal offering later in the month.

Under a framework agreement signed with the government in June 2014, ISR is pioneering the issuing of bonds by government corporations in the infrastructure and transport sector. The scheme is being taken forward by the railway in co-operation with the ministries of Transport and Finance. The initial offering is expected to raise 1bn shekels, according to a prospectus issued on February 26. The bonds will have an average duration of 3·6 years, and all are expected to be repaid by 2020.

The prospectus was accompanied by reports on ISR from two credit rating agencies. Midroog Ltd has rated the railway at Aa1 Stable, while Standard & Poor’s Maalot puts it at ilAA+/Stable. According to ISR, these favourable ratings ‘reflect the company’s ability to meet its commitments’, and as a result the agencies have ‘categorised the railway bonds as a low-risk investment’.

According to the company’s 2014 financial results issued on September 30, ISR has an equity capital of 708m shekels. Last year it reported profits of 1·51bn shekels, although discounting ‘one-off revenues’ totalling 1·36bn shekels left a net profit for the period of 146m.

Chief Executive Boaz Tsafrir said the bond offering was ‘a significant financial move, with a considerable organisational impact on the railway’s business partners on the one hand and the government on the other’. ISR’s management and employees were ‘doing their utmost to improve rail services in Israel and implement the development and investment plan, as well as strengthening the company’s service orientation’, he explained. ‘The company’s performance as indicated in the 2014 reports and the prospectus speak for themselves, and is a source of pride for us all.’