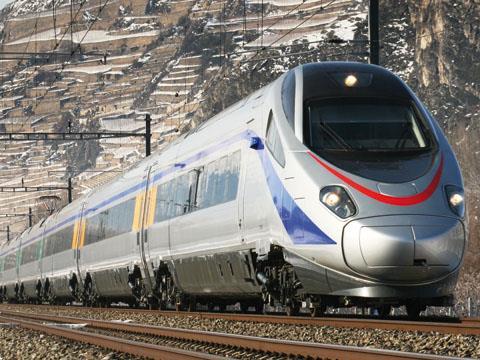 ETR610 Pendolino trainsets are used on cross-border services to and from Switzerland.

EUROPE: Following the introduction of widespread travel restrictions across Italy, Swiss Federal Railways’ services from Genève and Zürich to Venezia have been cut back to Milano. With effect from Thursday March 12 some Zürich – Milano trains will only operate to and from Chiasso, while some Genève – Milano and Basel – Milano trains will run only to and from Brig. Tickets and reservations can be changed at no cost. These measures will apply until April 5.

Passenger services between Austria and Italy have been halted, with long-distance international trains travelling no further south than Villach or Innsbruck; ÖBB’s nightjet services to and from Italy have already been withdrawn.

Local trains are no longer running between Steinach am Brenner and Brenner, nor between Villach and Tarvisio or between Sillian and San Candido on the Lienz – Fortezza route.

Rolling motorway trains on the Wörgl – Trento route have ceased to operate, but other rail freight traffic continues to run into and out of Italy.