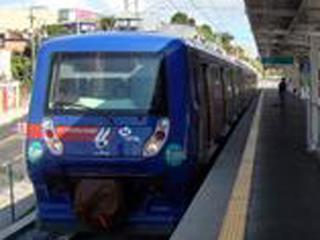 BRAZIL: Spending of R$46bn on 4600 km of railway by 2014 is envisaged by the federal government under the PAC 2 programme to accelerate economic growth, according to President Dilma Rousseff.

Asked why the government was not investing in rail, Rousseff responded in her weekly newspaper column on January 3 that ‘today almost 3400 km of works are underway. We are taking forward the North-South Railway, we are building and remodelling the Transnordestina, we are going to build the East-West Railway, invest in the São Paulo ring railway and introduce high speed rail’.

In partnership with state and municipal governments, the federal government had also begun to invest heavily in urban transport once again, she said, allocating R$18bn for projects including metros in Brazil’s 24 largest cities. ‘There are already many projects underway’, wrote Rousseff, including the 15 km first stage of the Porto Alegre metro with 13 stations, expected to carry 300000 passengers a day.

‘There is a lot to do’, the president told her readers, ‘but we are making good progress’.