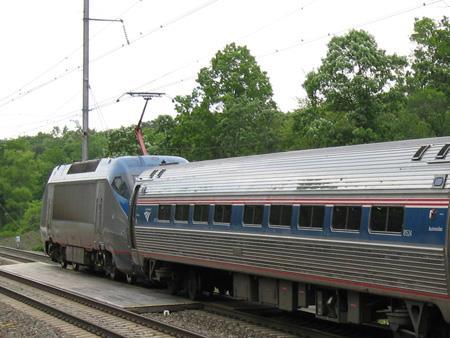 USA: The requirement to install Positive Train Control on all commuter routes by December 31 2015 under the Rail Safety Improvement Act of 2008 ‘was never a realistic deadline set by Congress’ and ‘is not possible’, American Public Transportation Association President & CEO Michael Melaniphy said in a statement issued on May 14.

Responding to media reports after eight people died when Amtrak’s Northeast Regional Train 188 derailed near Philadelphia two days earlier, Melaniphy said the commuter rail industry is ‘fully committed’ to implementing PTC, but ‘news reports that suggest that PTC is fully developed and ready to be installed across the country are not accurate’.

The 2008 act requires more than 40 railway operators to install PTC on routes carrying passenger trains or certain hazardous freight. However, APTA says PTC ‘was not a mature technology’ when the act was passed, and ‘there is still work that remains to be done so that it is safe and effective’. Because of this, ‘it would be ill-advised to rush forward to meet a deadline, rather than taking the necessary time to implement this complex technology properly and safely’.

APTA says the commuter rail industry has now spent $950m on PTC, deferring other capital projects to provide the funding. However, a recent survey estimated that a total of $3·48bn would be needed. APTA has urged Congress to fund 80% of the costs, but so far ‘Congress has only allocated $50m’. Acquiring the required radio spectrum has proved a ‘significant challenge’, and APTA has asked Congress to direct the Federal Communications Commission to provide free radio spectrum for passenger rail operators.

‘At present, only 29% of commuter rail agencies say that they can meet the deadline’, said Melaniphy. ‘Instead of pursuing a hard deadline that most commuter railroads cannot meet, APTA would like the Department of Transportation to have the authority to provide extensions on a case-by-case basis, in order to accommodate specific railroad needs and circumstances.’