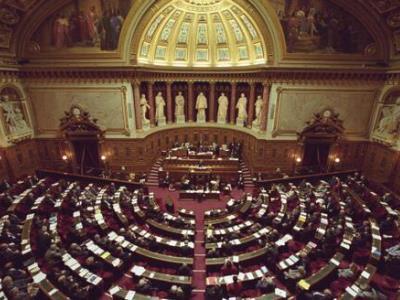 FRANCE: The consolidated version of the government’s railway reform legislation was formally adopted by the Sénat in a 245:83 vote on June 14, having been approved by the Assemblée Nationale 452:80 on the previous day.

The text had been agreed by a joint committee of MPs and senators on June 11, bringing together versions previously debated by the two houses. After the vote, the Sénat said the final text ‘can now be considered definitive’.

The reforms convert the SNCF Group, operator SNCF Mobilitées and infrastructure manager SNCF Réseau from their current 'EPIC' status as state organisations into state-owned joint-stock companies, giving the management greater corporate responsibility. SNCF’s monopoly of the domestic passenger rail market is to be phased out, with the introduction of open access competition on core routes from 2020 and competitive tendering of regional operating contracts from 2023, in line with the EU’s Fourth Railway Package. New staff joining the rail sector after January 1 2020 will have revised terms and conditions.

Among the changes to the final text, the consolidated legislation extends the transitional conditions for railway staff transferring between train operators to include all employees. Clauses defining the independence of the infrastructure manager within the SNCF Group and extending the powers of regulator Arafer to oversee infrastructure charges have also been ‘clarified’.

Despite these amendments, the country’s railway unions have decided to continue their two-days-in-five programme of strikes until the end of June. Transport Minister Elisabeth Borne is due to hold talks with the unions on June 15 regarding the future of national collective bargaining.

Urging the unions ‘to take stock of their responsibilities’, Borne told local media on June 12 that ‘the government has committed itself to our rail industry as no other has before’. As well as committing that the new companies would not be privatised, the government has indicated its intention to write down €35bn of SNCF’s €47bn accumulated debt, in order to make the reshaped business more competitive.