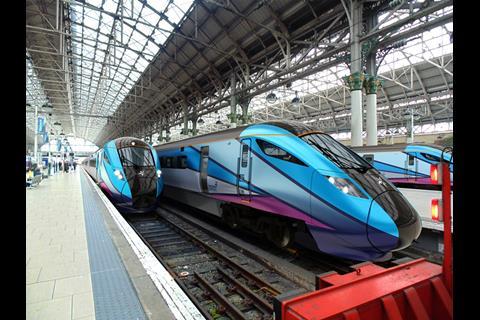 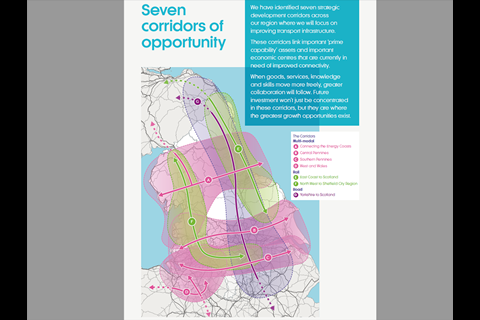 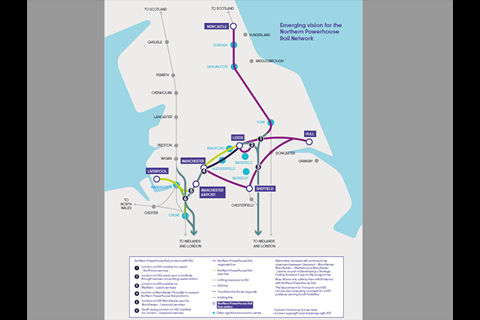 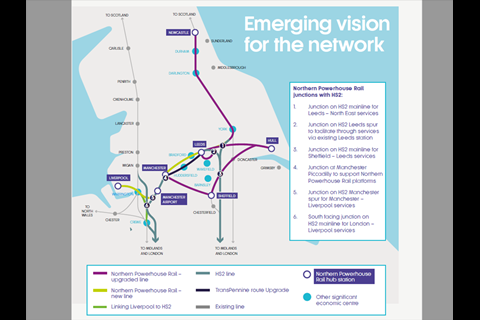 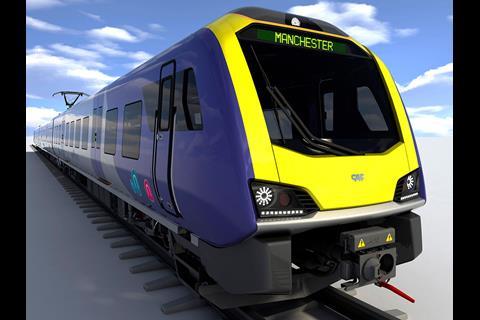 UK: Transport for the North has published its draft 30-year Strategic Transport Plan for northern England, outlining a 'revolutionary investment programme' running to 2050 which is intended to drive growth and close the economic gap between the north and the rest of England.

TfN is overseen by 19 regional transport authorities, and the Strategic Transport Plan was launched on January 16 with six parallel events in locations across the north. ‘For the first time, civic and business leaders and transport operators are speaking with one voice on transport to make sure the north fulfils its potential’, said TfN Chairman John Cridland. ‘Our plan proposes a revolutionary investment programme that will make it possible to travel to high quality jobs. This is an ambitious programme that will improve our roads and railways, and will also drive a sea change in skills development in the north and ensuring we meet that historic gap in investment.’

Seven broad strategic development corridors are identified (see map). East Coast to Scotland and West & Wales would be rail based, four corridors would be multi-modal schemes, and Yorkshire to Scotland would be road.

Alongside the strategic development corridors, TfN outlines its ‘emerging vision’ for Northern Powerhouse Rail (see map). This would be a network of ‘rapid, reliable and resilient’ rail services linking the north’s six biggest cities and other economic centres including Manchester Airport, putting 1·3 million people within 60 min of four or more major cities. TfN and the Department for Transport expect to complete a strategic outline business case for Northern Powerhouse Rail by the end of 2018.

GNRP also includes the Trans-Pennine Route Upgrade for which TfN is seeking a firm government commitment in early 2018, with a view to improvements being in place from 2022. In July 2017 Secretary of State for Transport Chris Graying said the government was considering options other than full electrification of the trans-Pennine route from Stalybridge near Manchester to Leeds, York and Selby, because sections ‘built in Victorian times’ would be ‘very difficult’ to electrify and the use of electro-diesel traction would be less complicated.

TfN says in its strategic plan that it is ‘committed to electrification where it delivers benefits, but will also take advantage of new technology to improve journeys’. The plan adds that ‘although an important scheme’, the Trans Pennine Route Upgrade ‘cannot deliver the transformation in journey times and capacity that TfN is seeking for the longer term, therefore this programme is an essential strong baseline for future investment’.

In the shorter term, TfN has launched a rolling Integrated & Smart Travel ticketing programme which will start this year with the roll-out of smart ticketing for rail season ticket holders in major cities and on the busiest routes.

TfN says High Speed 2 is a central part of its rail proposition, and it wants to work with project promoter HS2 Ltd to ensure that the design of Phase 2 is refined to improve integration with Northern Powerhouse Rail. This would include the use of HS2 infrastructure by Northern Powerhouse Rail services, development of an integrated hub at Crewe, and strengthening of cross-border links with north Wales.

TfN proposes junctions with HS2 in the Leeds area, Cheshire, at Manchester Piccadilly to serve either an underground Northern Powerhouse Rail hub or a surface turn-back station, and at Clayton to enable trains to run through Sheffield and re-join HS2 to Leeds.

An updated Long-term Rail Strategy for the North has been published alongside the Strategic Transport Plan, outlining priorities for investment in lines, stations, services and operations to deliver greater connectivity, capacity and cost-effectiveness.

TfN estimates the cost of the 30-year plan at less than £150 per resident per year, which it said would be £50 per person per year above spending which is already expected.

Following the consultation period, a final version of the plan will be published later in the year and submitted to the government for ministerial consideration. TfN is due to become England’s first statutory sub-national transport body at the beginning of April, ensuring that its plans are formally considered by government when taking decisions about transport investment in the northern England.