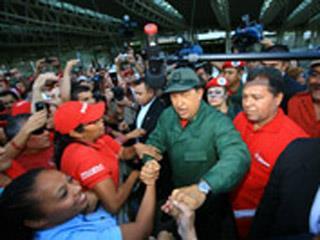 The Line 3 extension between El Valle and Rinconada entered service in October 2006 to provide an interchange to the Tuy Medio suburban line at La Rinconada, and remained operational whilst the stations were built. The route cost US$1·35bn and is expected to handle around 260 000 passengers per day.

Speaking at the inauguration, Chávez pledged to continue expanding and improving the city’s metro network, which carried almost 492 million passengers in 2009.