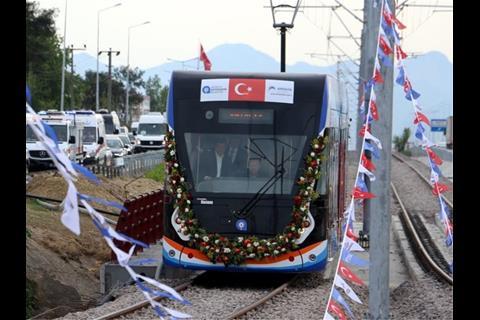 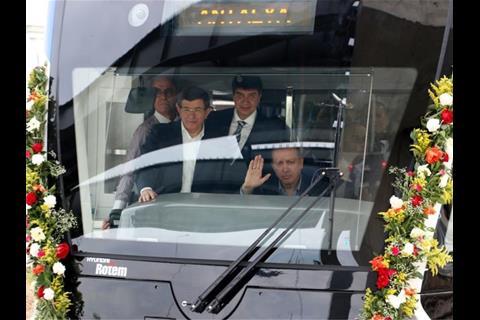 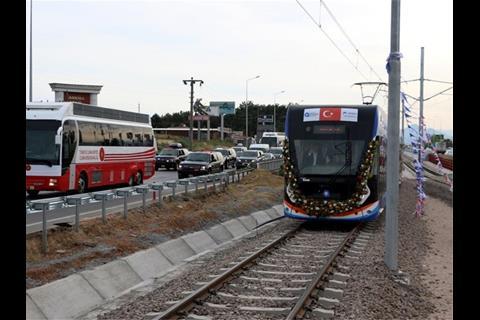 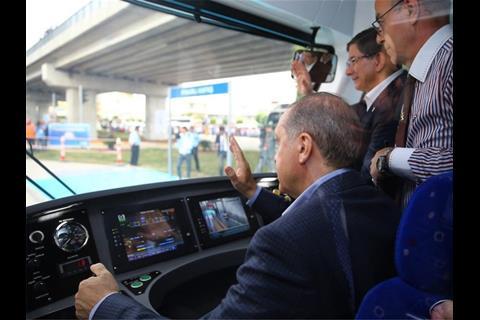 TURKEY: President Recep Tayyip Erdoğan and Prime Minister Ahmet Davutoğlu rode on the ceremonial first new tram to run on the Expo 2016 and airport extension of the Antray light rail line in Antalya on April 22.

The 15·4 km from extension Meydan to Expo 2016 has a 2·4 km branch to the airport. Passenger services were due to start the day before the opening of the Expo, but they are now expected to begin in around a month. Local news reports indicate that not all of the 15 stops will open initially, as work is not yet complete on some of them.

The test run used one of the trams that the Eurotem joint venture is supplying from its Adapazari factory. Two have already been delivered, and the remaining 16 are to come by the end of the year.